At the end of a year, people like to make resolutions, create goals or define ambitions for the next year. These can be helpful but they can also make life overwhelming, so they tend to fall by the wayside as the year goes on.

What if, instead of adding responsibilities and commitments to our lives, we set an intention to let some things go? Things that no longer serve us. Things that take up time, create stress but don’t add a lot of value to our lives. What if we stopped sending our energy into those things, instead, directing it towards what is really important to us? I’ve let go of many things in the last few years. I’ve become better at trimming the trappings of my life that do not add meaning. But I need to do more.

Letting some things go will be difficult. But energy flows where your attention goes. And focusing on some things, even though they would be good, isn’t beneficial. I need to save my energy and say good bye to some dreams.

So in 2018, I am choosing to invest my energy into those things — mostly people — that really matter to me and whose love and support can always be relied upon.

Welcome to this special Christmas edition of Music Monday.

Recently on Instagram, I commented that it’s been three years since I relocated to regional Victoria — and not a day goes by where I wish I was anywhere else.

My sis-in-law commented that not a day goes by where she doesn’t wish she was somewhere – possibly anywhere – else.

I’ve been nomadic my entire life. Places don’t hold me — only people do. And even that is a recent development. Family means something quite different to me these days.

Today we celebrated Christmas, and family, at our place. And I loved every minute of it.

From now on, our troubles will be miles away
Here we are as in olden days
Happy golden days of yore
Faithful friends who are dear to us
Gather near to us once more
Through the years we all will be together
If the fates allow
So hang a shining star upon the highest bough
And have yourself a merry little Christmas now

I used to be proud of how little I slept.

“Only three hours?” others would stare and squint at me suspiciously. But it was amazing — I had so many more hours in the day than “normal people”.

Developing healthy sleep habits was a large part of my treatment; building a routine, sleeping even when I didn’t want to, shifting my thoughts about what needing sleep meant (turns out, it doesn’t make you weak). Now I’m regularly able to sleep for five to six hours — which may not seem like much but is double what I was getting several years ago.

Recently, I’ve moved to permanent shift work involving a pattern of night shifts and I’m in the process of converting my sleep rhythms so that I sleep during the day. I’ve always slept better during the day than at night…except when I am woken up.

When I left Queensland a few years ago, I sold the piano I’d had since I was 10.

Music had been one of the keys to my recovery — my piano, instrumental to the re-connection with my heart.

Memories, of a stolen place
Caught in the silence
An echo lost in space

A couple of years ago, my partner bought me a piano for my birthday.

Moments of magic and wonder
It seems so hard to find

It is the best present I’ve ever been given and is much more than 88 keys in a wooden box. Right now, I’m learning to play this.

Facebook has reminded me that two years ago, this happened. The screen is blank. The cursor blinking, ready and waiting to be pushed forward by keystrokes that form words, sentences, coherent thoughts.

Writing a blog post was supposed be easier than editing my book. But it’s not.

Sometimes, when there is too much to say, it’s easier to say nothing. I don’t know where to start. But maybe that’s the point. Do we ever? Is there even a beginning?

Time is a human construct based primarily on natural occurrences. The spin of the earth on its axis, offering us both darkness and light. The orbit around the sun providing us with seasons. We break these units into ever smaller increments. Hours. Minutes. Seconds. We quantify these periods into days, weeks, months, and we count their passing.

But what do we do with all this time? How often do we pay attention? Because life is both long, and short. It can change slowly over many years. Or irrevocably, in fragments of seconds. At times, it seems not to change at all.

Endings feel easier to identify than beginnings. But the truth we often hide from ourselves is that the edges are blurry. Endings and beginnings overlap and blend into each other. Most of life can’t be sectioned neatly into containers and labelled, even though I often wish it could. And once, believed I was an expert at it.

That too, was an untruth, like many things we often believe. If you undertake the process of self-examination and pick away at the surface of your thoughts to reveal the underpinning beliefs, the reality can often be ugly. Or at the very least, uncomfortable. I began that process in earnest when I started this blog in 2010. While my focus has shifted at various points, I will never be finished.

And life goes on.

Sometimes, the hardest thing we do, is tell someone how we feel.

We make up stories about how they might react (we’re usually wrong), we let fear control our feelings (which isn’t productive at all) and we play contortionist with the truth in our attempts to protect those small, soft parts in our hearts. 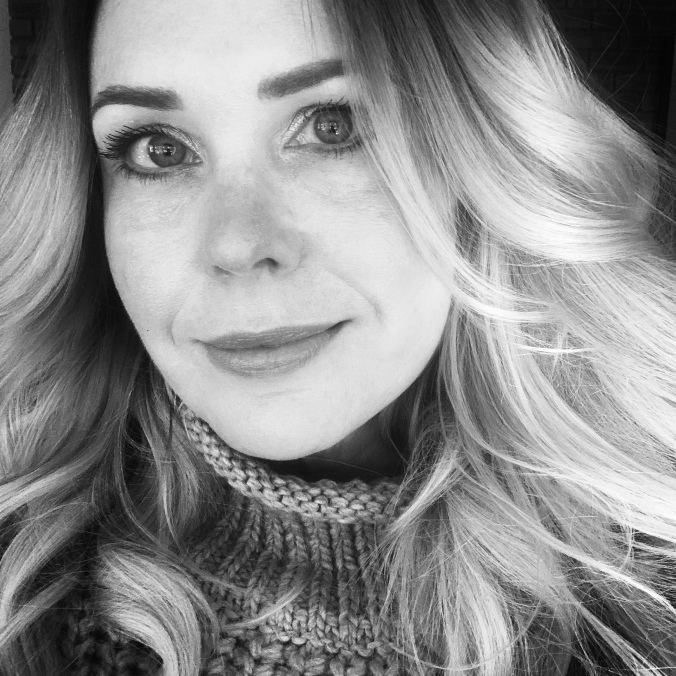 Tash Agafonoff is a freelance writer based in Gippsland, Victoria

I acknowledge the Brayakaulung people of the Gunaikurnai Nation, the Traditional Custodians and Owners of the land on which I live and work, and pay my respects to Elders past, present and emerging.